Heart Of My Country 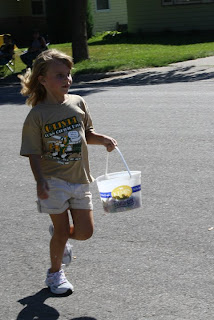 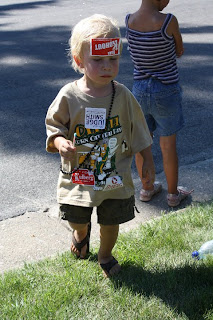 We’re in the buffer zone this week. Miss M has started back at school, but Mr. Baby (and every other student in Memphis) is still home until mid-month, so I’m easing into the fall routine with only one child to get ready and dropped-off in the morning. It’s so easy I can hardly take it. We’ve been ready and in the car so early, and so completely unencumbered by traffic, that one day I got her to school before the doors even opened. I know this will all come to a (literal) screeching halt when I have to drag her little brother out of bed to join us, and then crawl our way through the students and parents heading to the six other campuses along our route, but for now, I’m enjoying this gentle beginning.


We especially needed a smooth start after the fun but exhausting trek north for Corn Capital Days. Our flight to Minnesota was diverted due to severe storms that landed at the airport at the exact time we were supposed to, adding an extra two hours (and one-hour 10pm nap) to our trip. The next few days brought swimming, horseback riding, golf cart hijacking, playground roaming, sweet corn gobbling, parade watching, and candy chasing, with the kids and their cousins moving in a loud but generally peaceful pack while the adults enjoyed the time to catch up and relax. As it does each year, the reasons why my parents drove us 40 hours round-trip every summer growing up became even clearer to my sister and me. The small town safety and 2:1 ratio of grandparents to parents granted those of us in the middle generation otherwise impossible spans of child-freedom.

Perhaps the most exciting element of the trip, however, was Mr. Baby’s own freedom. Last year, he was terrified of everything: flying, dogs, horses, sirens. But this year, he sat in the window seat without a problem, pet every dog he saw, groomed and rode Cha Cha’s horse, and ran out into the street to grab candy from a blaring fire engine. My pride in him about split my heart. I hope he takes that same confidence and bravery into his new preschool classroom this year. And maybe our smooth mornings won’t have to come to an end after all.
Posted by Memphisotan at 10:21 PM