When I was making up that pros/cons list about Memphis, no one informed me that I could get nine pounds of Everlasting Gobstoppers for under $20.

Now I have to rethink everything.
Posted by Memphisotan at 1:09 PM 3 comments:

Memphis Looks Bad In The Morning

About a month ago, when my store was broken into, the windows of the house next door were busted out and a friend was robbed at gunpoint in his own home, all within the course of one week, I said that if one more criminal act invaded my world, I was going to lose it.

Anyone hear that cracking sound?

Last week, while I was at work, a man walked up to the shop next to mine. He looked my neighbor in the eye and pulled on her door with one hand, a gun at the ready in his other. Sadly but fortunately, she was cautioned by our past hold-ups and keeps her door locked. When he couldn't get in quickly and easily, the man fled.

The what-ifs, of course, are terrifying. What if he'd gotten inside? What if her store had been closed and he'd walked one door down? What if I'd been out getting my mail? What if we hadn't gotten that door buzzer installed?

But it doesn't even take the what-ifs to scare and anger me anymore. The plain facts are enough. An armed criminal was within feet of me and my baby. Again. And I just don't know how I can accept that anymore.

When I contacted our local business association to tell her what happened and suggest a cell phone-based system to alert neighbors, via text, when these acts occurred, the association president rattled off the three or four similar crimes within the past week or two. Which, frankly, I didn't find especially encouraging. But that's really all we Memphians have for each other right now: competing tales of crime, binding us together in a web of fear.

My bleeding heart tells me that I should be working to change this, somehow create a more equitable community that won't be a breeding ground for lawlessness. But I'm too busy trying to figure out how to get my kids safely out of the car and into the house without being hassled by the guys walking up my driveway claiming that they need bus fare. I want to think that I could be part of the solution, but the fact is I'm too overwhelmed by the problem to even consider it. And I don't think I'm alone in that. Asking the fed-up, freaked-out residents of Memphis to fix the crime situation is sort of like asking the citizens of New Orleans to climb off their roofs and shore up the levees. We are in a constant state of victimization, and we need outside aid. 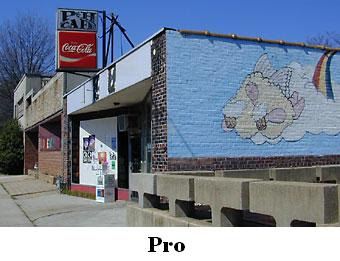 I don't think we need eager church youth groups or celebrity sympathizers or anything, but just a little perspective would be useful. Community organizers from areas that have successfully pushed through these types of problems, or even representatives from cities that have never had to address these issues because their basic infrastructure prevented them from happening in the first place. I could perhaps stave off my desire to pack up and run to Olivia if a fleet of Minnesotans drove their Subarus down to give us some pointers on creating progressive public services and safe, successful schools. And, until that took effect, stood in front of my store to tell all potential ne'er-do-wells, "Doncha know there's more to life than a little bit of money?"

I have love for Memphis, probably a lot more than most lifers. I find beauty in the river and her delta. After nearly nine years here, I feel a tie with my non-native landscape, as if both the current and kudzu run through me now. The culture could hardly be more different than the one in which I was raised, but it is warm and welcoming and my other-ness is treated like a benefit rather than a threat. And for reasons no one seems quite able to explain, Memphis is a wellspring for artists who are, regardless of medium, moved to act as storytellers. And I love a good story. Sure, the cost of living and affordable housing and respectable salary rates are all appealing too, of course, but when I think of what makes me feel at home here, it's nothing that can be displayed on a calculator. There's just something here. It is not its easiness to rhyme that has made Memphis the most sung-about city in the world. And I love it. But ... but. I'm not too naive to see that Memphis ain't really loving me back, and it's not just because she keeps pointing a gun in my general direction. My Yankee sinuses are in a state of chaos for half the year because of the abundance and foreignness of pollen. I can't stand to eat ribs without a knife and fork, subjecting me to ridicule and derision from even my dearest friends. And perhaps most disappointingly, the retail business I pour my heart and soul and varicose veins into can't turn a profit because the idea of nursing a baby disgusts about 87% of the population here.

So I'm constantly weighing the pros and cons of this city, and when the glare off a 9mm enters my peripheral vision, it's hard to see the pro column at all. I love Memphis, but I'm not going to be her bitch.
Posted by Memphisotan at 10:35 AM 8 comments:

If I Had A Hammer

The blog has been suffering lately due to my efforts at breaking into the gritty world of Memphis journalism. Or sawdusty, anyway.
Posted by Memphisotan at 11:28 AM 1 comment:

I just noticed that, when he's sleepy and sweaty, Mr. Baby smells like unfired clay.
Posted by Memphisotan at 2:45 PM 1 comment: 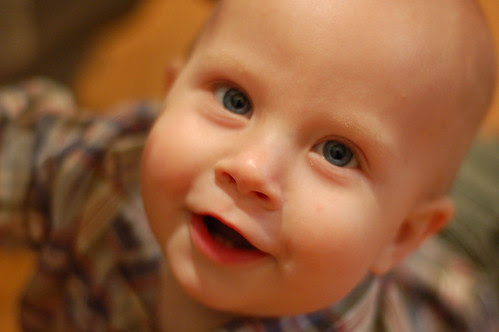 You know who
Posted by Memphisotan at 8:28 AM No comments: