So about the time most of my extended family was gearing up to attend the annual Corn Capital Days street dance, I was listening to rockabilly in a Memphis tattoo parlor, having a symbol of my ancestral homeland stabbed into my skin.

I walked into the shop ten minutes early for my appointment (again), and I saw that my new design was already sitting up on the counter. And it ... wasn't what I expected (again). But this time, I paused. JS could tell I was not sure about it, and he graciously offered to come in on his day off if I wasn't happy. But the more I looked at it, the happier I was. It wasn't exactly what I'd had in mind, but it was really, really pretty, even just as a sketch on tracing paper. It captured the rosemaling detail (that my initial choice of artist said was "untattooable") so perfectly, and although the star shape wasn't as prominent as I'd envisioned, he'd modified my original idea to allow as much space for the pretty stuff without causing the design to wrap all the way around my arm. And as he stood patiently waiting for me to reject him again, I said, "Let's do it."

I then sat in the front waiting for JS to prep his station and for the sorority girls to get out of the bathroom for two damn minutes already. I was still debating whether or not to enact my emergency anti-anxiety plan when JS stepped out and said he was all set. So before you could say half-a-Xanax, I was whisked off to the back of the shop, trying not to shake visibly while JS ran the disposable Gillette over my forearm. 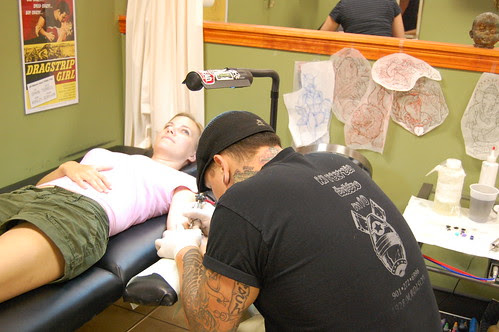 He'd reduced the original design by 75%, but when he pressed the stencil onto me, it still covered nearly the entire visible diameter of my lower arm. I hadn't really grasped until that moment that the part of your arm that shows when your elbow is bent is not the same part that shows when it's relaxed at your side. But the placement looked good and the size was just right, so I gave the thumbs up and climbed up onto the table, which suddenly reminded me more of a lethal injection restraint than a massage table.

And then, reminding myself that I'd delivered two babies without any pain relief, I offered up my arm and immediately began the same breathing technique I used through my labors. JS fired up the needle and got right to it.

The first sensation was strongly reminiscent of getting blood drawn, especially since it was right over my strongest vein. I tried to let go of that thought, though, and associate the constant buzzing with an insect flying near me or, better yet, a hummingbird. This, combined with much-appreciated conversational distraction, helped to keep the pain and anxiety factors down. Really, the most disconcerting thing about the first hour of work was having my hand fall so thoroughly asleep that I wasn't even able to identify where my fingers were. Because, of course, I wasn't looking at my arm. Oh, no no no. I've always been in the habit of averting my eyes when there's a needle being stuck into me, and this didn't seem like the time to break it. So I just had faith that things were progressing well and didn't take a peek at how it looked until we took our first break.

At that point, just the outline was done, but it already looked pretty great. I was trying to visualize how the color would work - both what it would look like and how it would feel to fill in all that space. Part of the reason I'd picked JS to do the work was because I really liked his use of color in the portfolio samples I'd seen, so I was pretty much just relying on his instincts to bring out the Nordic feel. The plan was to go with dark, drab colors with brighter highlights, but beyond that, I just left it up to him.

We got back to work, and the minutes started moving a little bit more slowly. I wasn't in pain, per se, but the aggravation of the constant poking, repeated wiping, and incessant watchful glare of the heroin-shooting goat in the Stryper t-shirt (featured in the painting directly in my line of sight) started to get to me. I made it pretty smoothly through the first hour and a quarter, but the last fifteen minutes were not much fun at all. It started to sting, not just where the needle was jabbing but across the entire area. Every time JS wiped away ink and A&D ointment, it felt like a dry washcloth across sunburn. But in the grand scheme of physical discomfort, it was pretty low in both duration and geographical involvement. Just when I was starting to think I'd rather not do this much longer, it was over. I sat up and took a good, long look.

My goal, over the last year and a half of tattoo planning, was to end up with a design that was both meaningful and inspiring, something that reminded me of where I've come from and would be something I'd want to look at every day in the future. And now, finally, there it was.

It was beautiful. It was home.

I was absolutely amazed by it. Looking at it felt like glimpsing a part of my body in a mirror that I'd never been able to see before - surprisingly unfamiliar but still me. It was lovely in its own right, but it also referenced the original art and concept so perfectly. That sounds a little arrogant, considering it's attached to me, but I can't take the credit. JS did a fantastic job. And he seemed pretty proud of it himself, along with grateful for the change of pace from Celtic tramp stamps.

And so, without further ado ... l'etoile du nord. 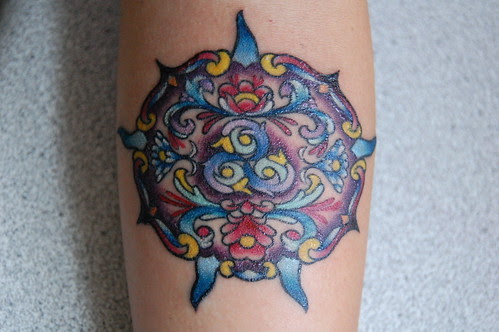 Thanks, Team, for helping me through it. And sorry, Dad.
Posted by Memphisotan at 8:38 PM 5 comments:

I've Done Everything For You

I was stymied, once again, in my Great Tattoo Quest by yet another tattooer with more talent than time management skills. I'm allegedly all set for Saturday, but the requests for pictures are already coming in, so I hope a few more shots of our beach cuteness will appease the masses ... 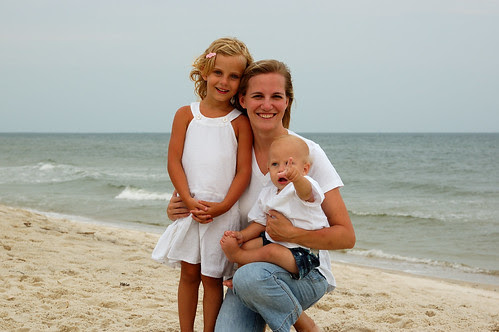 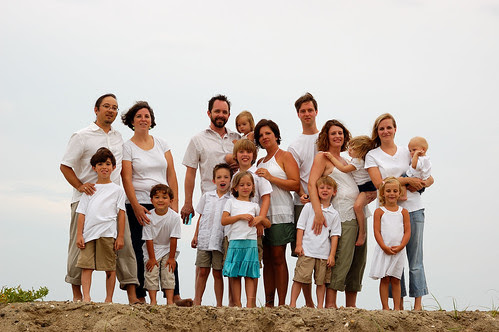 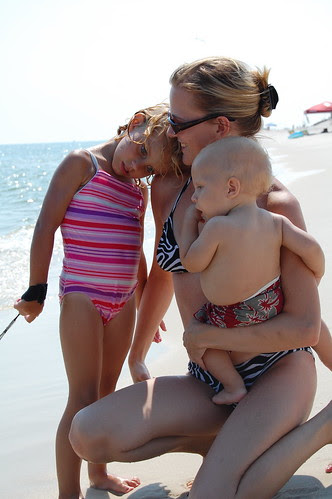 The Taste Of Ink

I think it's getting closer.

Back To Life, Back To Reality

And just where have I been? Well, work, mostly. It seems that full-time corporate employment can really cut into your blogging (well, not for everyone). By the time I'm home and the kids are fed and bathed and bedded down for the night, I have about a 19-minute window before I collapse, and those 19 minutes are usually reserved for the news (aka Comedy Central between 10-11pm). Work is good and interesting and validating and I found a really good lunch place within walking distance of my office, but I'm still trying to figure out the whole balance thing. Mainly, how to balance the dozen boxes of Mothersville files and receipts and other stuff I didn't put into storage so that they don't collapse in an avalanche of thermal paper. 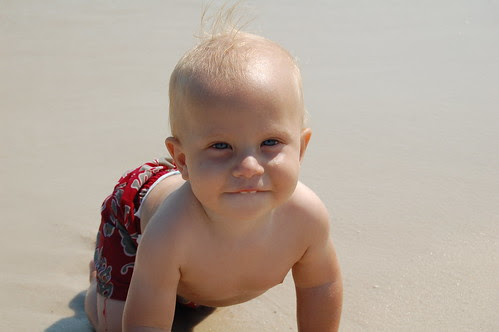 Of course, nearly two weeks of cubicle life can really drain a girl, so after 8.5 days of hard labor, I high-tailed it to the beach with the usual crew. Miss M and Mr. Baby had a fabulous time and I set a new personal record for amount of sand tolerated in my vicinity. 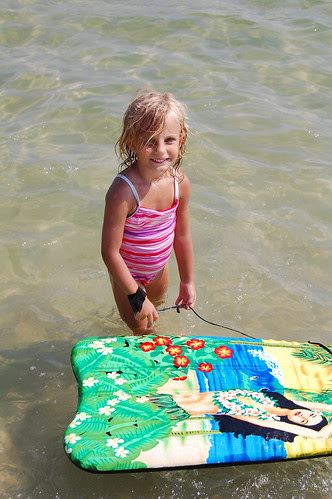 But now we're back, and the boxes are still here, and I've got 51.5 more days until I qualify for paid time off, so if anyone needs me, leave a message with Mr. Colbert.
Posted by Memphisotan at 9:07 PM 4 comments: